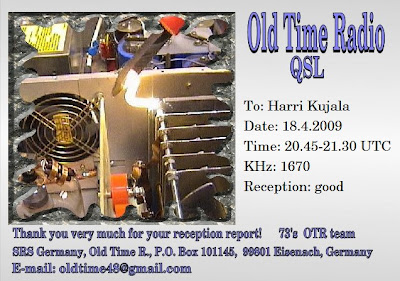 On Friday 17th of April 2009 I got mail from Finnish pirate station Old Time Radio!
They asked me to inform European pirate-listeners of their high-power broadcast on three bands on the coming weekend!!

Signal was very strong here in Naantali on MW but skipped mostly over on 48 mb and was silent on 19 mb.
19 mb-broadcast was heard in Athens, Greece. 48 mb broadcast was so strong in Europe that the listeners there were sure that it was relayed by some Dutch-station!!! 1670 kHz was not received in UK or Holland (because of local interference?) but in Germany it was weakly on.

I just got new photos from Serbia. 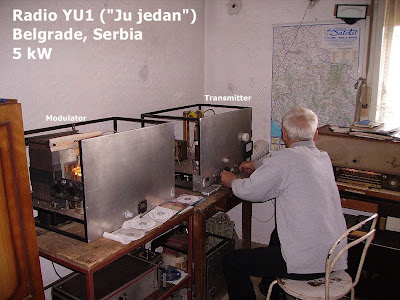 The station is Radio YU1 (="Ju jedan") from Belgrade area.
I think this is the biggest pirate in Serbia with about 5 kW of power. Here you can see the self-built transmitter with huge tubes. I hope I will get more detailed information of the tubes later.
Click photos (taken by Texas) for bigger views >

I have heard this station a few times here in Finland around 1700 kHz with huge signal. I visited Serbia in May 2008 but I had no connection this station. 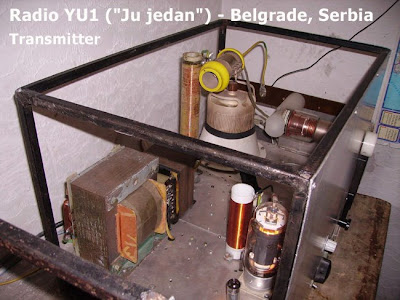 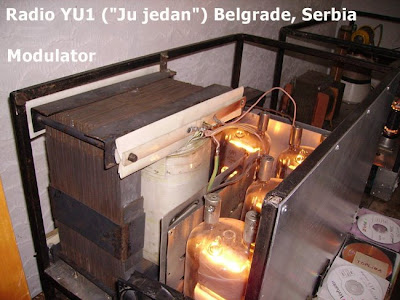