Last week I got interesting e-mail from Hokkaido, Japan from Mr. Ushio Shimpei. There was a sample clip of unknown station heard on 1723 kHz.
It was a sample of Radio YU1, Serbia, which was easy to recognize because his voice has a bit special sound. Also there were many times station-name YU1 mentioned, clear IDs!!

Very nice catch in Japan! Radio YU1 is located near Belgrade and he uses 5 kW transmitter. Here are the photos of YU1's equipment (taken by Radio Texas, Serbia).

Here is mp3-clip of Radio YU1 received in Japan ! Clear and strong signal !

If someone want to contact these Japanes DXers, just put me e-mail - or leave comment under this blog-text. 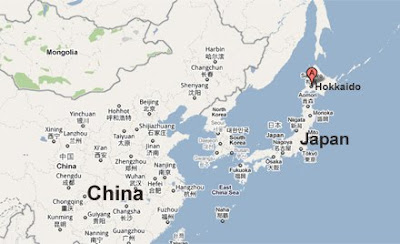 The Washima(Sea of Japan coast in Niigata) DX camping team receives Yu 1 on the same day, too, with Perseus and K9AY.
http://mwdx135.webdeki-bbs.com/data/mwdx135/img/379_dbeafc6d28.mp3

Yes! This clip is also from Serbian Radio YU1! Nice catch, very rare!
The other clip is clearly Greek pirate station on 1690 kHz.
Nice signal but I can not id this station!!